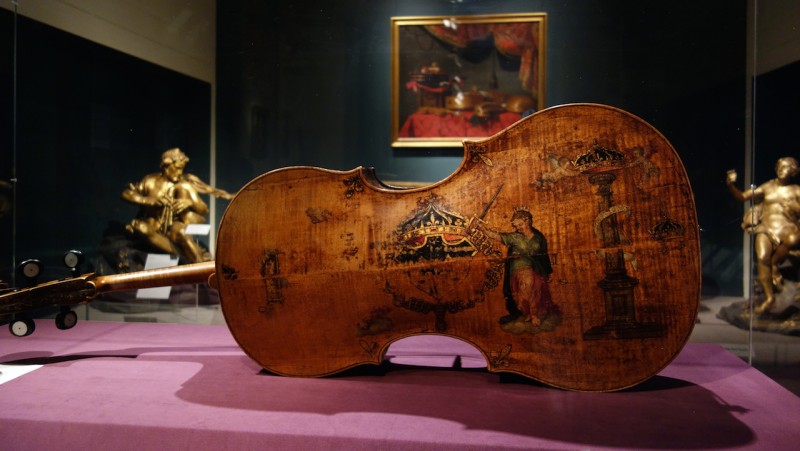 Andrea Amati constructed the instrument in Cremona, Italy, and through his sons several generations would make the Amati name integral to stringed instrument evolution. “He influenced all of the violin makers up to this day, including Stradivari and Guarneri,” said Ken Moore, Frederick P. Rose curator in charge in the Department of Musical Instruments. “He is credited with being the father of the modern violin. Before him there were all sorts of shapes and sizes, and he standardized things and also made templates so he could produce the instruments a bit faster. He really was the one who created the formula for violin making to this day.”

Origen: Tracing Back to the World’s Oldest Known Cello