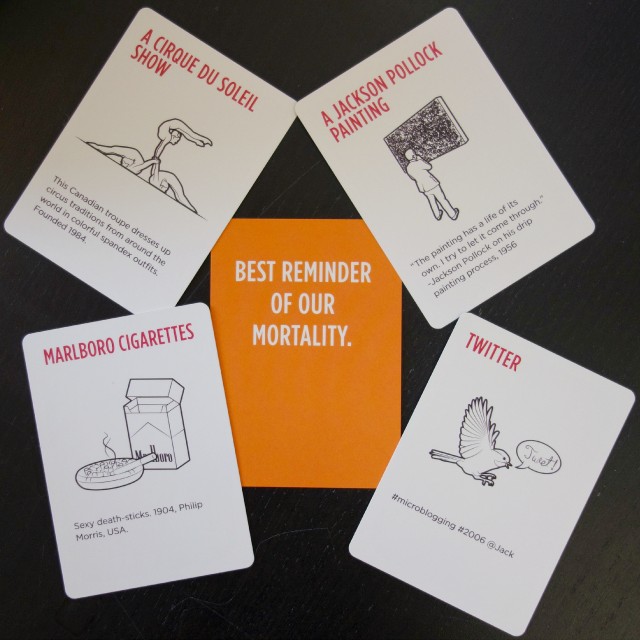 It’s a deck fueled by opinions and connections between the ridiculous extremes of culture. The set features 200 “culture cards” and 100 “opinion cards,” and includes suggestions for six games that range from three to thousands of players. In one of those, players construct a “metaquilt,” aligning cards in the style of dominoes to get all the sides to match up in a vaguely sensical way, such as placing Waiting for Godot alongside opinion cards for “What has the most subversive potential?” and “Would make the strangest fetish ever?” Another game suggestion is “Debate Club,” in which a group argues for the best match between a culture card and an opinion. “If the critics don’t like what you say, you are knocked out and become a critic, too,” the rules explain.

Origen: A Card Game to Debate the Absurd Extremes of Cultural Opinions