The Ooishi Hyoroku Monogatari, a largely fictional story featured in picture scrolls in the late 18th and early 19th centuries, tells of a young warrior and his encounters with trickster foxes posing as yokai. According to the National Museum of Japanese History, the story takes place in 1624 in Kagoshima, where a group of notorious young warriors have assembled. When a rumor circulates about shape-shifting foxes that have hoodwinked some people in the area and shaved their heads, the men decide to test the courage of one of the young warriors, Ooishi Hyoroku, by sending him on a mission to capture the mischievous creatures. 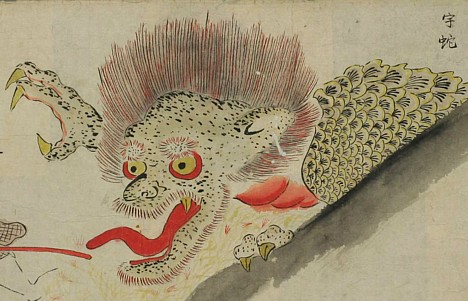